A new type of psychological warfare aims to undermine confidence in democratic governments and requires a different response from Nato, writes Ewan Lawson.

In what may be one of her last speeches in a brief tenure as the Defence Secretary, Penny Mordaunt laid out her concerns about the global security situation and what she believes the UK should be doing about it at the annual Air and Space Power Conference.

Unlike some of her political colleagues, she has studiously avoided talking about budgets, at least in the context of Nato’s two per cent spending target, but has rather focused on the need to deliver military capability to deal with what she has intriguingly labelled as “sombre warfare”, where potential adversaries seek to destabilise societies such as ours whilst avoiding direct confrontation with the West’s conventional military power – its ships, tanks and planes.

This phenomenon, typified by Russia’s actions in Crimea and elsewhere in Ukraine, has been labelled by commentators everything from ‘hybrid’ through ‘grey-zone’ to ‘tolerance’ warfare, but beyond a few politicians calling for increased defence spending there has been little serious consideration of what a response ought to look like in practice.

Whilst some of that response needs to come from outside the military, the challenge arises at the same time as the unit cost of modern military equipment continues to rise, leading to smaller overall numbers of those ships, tanks and planes. Whilst some say there are no votes in it, it would seem that a conversation about how we approach defence is long overdue.

While there have clearly been challenges for Western militaries in using their strengths in precision firepower in conflicts such as those against insurgents in Iraq and Afghanistan, it can be argued that their potential power has deterred some states from undertaking military adventures that otherwise might have been tempting.

Instead, they have chosen to use the full range of national powers, including economic pressure and political mischief-making such as election interference, to stay below the political threshold that would see a direct military response. Indeed, this approach has built on and exploited the way in which Western populations seem increasingly reluctant to support the use of military power in overseas adventures.

All of these efforts have been supported by active efforts at disinformation and the obfuscation of both activities and intentions. Exploiting the development of social media platforms, the aim seems to be to undermine confidence amongst Western publics in the institutions of government, both national and international, as well as generating (sometimes barely) plausible deniability as to their own actions. Perhaps the most egregious example of this has been the range of explanations generated in Moscow to explain the shooting down of Malaysia Airlines flight MH17 over eastern Ukraine.

Thus, any conversations about future approaches to defence need to recognise that the response needs to be more than a military one and instead one that embraces not just the whole of government but the whole of society, including the private sector.

Clearly this is not an insignificant ambition, but successful examples exist of such approaches and not too far from home. The Scandinavian countries have all embraced various forms of what has been labelled Total or Comprehensive Defence, which seek to integrate not just across the civil-military divide but to engage society as well.

Recognising the threat from disinformation, Sweden recently published a guide to psychological defence and last year issued a leaflet to 4.8 million households entitled “If Crisis or War Comes”. Denmark has a Home Guard which is voluntary and unpaid, and which provides support to police and coastguard as well as providing a bridge between the regular military and civil defence organisations, while Latvia is introducing a programme of national security education into secondary schools.

These examples are part of broader programmes in those countries but are illustrative of a different approach to defence and national security which endeavours to create a partnership between citizens and their governments. Interest in these approaches is spreading and Singapore has perhaps the most developed model which encourages self-reliance but also developing the skills to support family and neighbours in the event of a crisis. The overall impact of these approaches is to not only improve societal resilience and the ability to recover from significant crises but also to deter potential adversaries from attempting to exploit the seams which exist in all societies.

However, adopting a Total Defence philosophy is not a substitute for continuing to invest in military capabilities.

And, while it is not a new question in defence spending, the increasing cost of individual platforms – whether on the land, sea or in the air – makes prioritisation and an effective balance of investments at the very least challenging.

Unfortunately much of the debate about Nato has been lost in arguments about the two per cent target, which have left the impression of an organisation fractured rather than one whose coherence is key to its ability to effectively deter others from political adventurism.

So, in addition to considering a Total Defence approach domestically, the UK should be more active in reinforcing Nato’s sense of identity. One way in which this could be achieved, which would also help deal with the challenge of increasing costs, is to encourage role specialisation within the Nato member states. Rather than each nation trying to be a ‘mini-me’ of the USA, with a full range of military forces, it could instead consider offering specific skills and equipment that might otherwise be limited. To an extent this has already happened with Estonia providing leadership on cyber defence and Latvia on strategic communications.

This is not to argue that member states completely specialise and indeed Estonia maintains capable ground, air and naval forces, but rather that Nato considers its capability collectively in a way that allows for creative decision-making in defence spending.

Why spend US$85 million each on a limited number of F35B Lightning II jets when a larger state can provide that sort of contribution to the collective defence effort? Why not instead build electronic warfare capability that Nato currently lacks?

Not only does this make better use of limited defence budgets, it also sends a powerful message about the alliance.

Can we measure the Commando State of Mind?

The Rise of the Present Unconventional Character of...

Getting your point across

Our Risk-Averse Army: How We Got Here and...

Control the Information Environment Narrative…or the Threat Will

Facing a Future with Organised Weaponisation of Social...

Law of War at the Lowest Tactical Level:...

Every City is Different. That’s Why a One-Size-Fits-All... 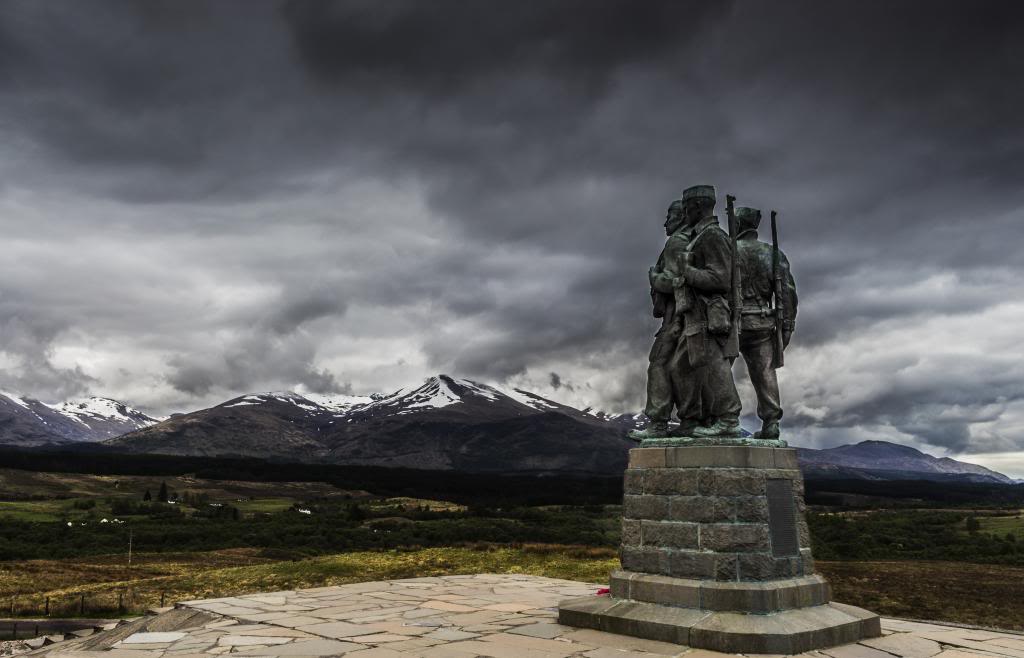 'United We Conquer' - Join our mailing list to receive the latest Community Articles and Recommended Reads as soon as they're released.

You have Successfully Subscribed!

The views expressed within this website and associated media channels are those of the respective author and do not reflect any official position of that of the author’s employees or employer.

The contents of this website and its associated media do not constitute an official position of the UK Ministry of Defence.

Find out more or adjust your settings.

This website uses cookies so that we can provide you with the best user experience possible. Cookie information is stored in your browser and performs functions such as recognising you when you return to our website and helping our team to understand which sections of the website you find most interesting and useful.

Strictly Necessary Cookie should be enabled at all times so that we can save your preferences for cookie settings.

If you disable this cookie, we will not be able to save your preferences. This means that every time you visit this website you will need to enable or disable cookies again.